let us help you innovate with the world

Fundamentally understanding how to optimize the function and performance of the human body is critical in achieving exceptional results in a safe, efficient environment. Exerbotics was invented out of scientific knowledge of what the human body is capable of doing. Below are some excellent resources regarding the importance of proper strength training and how it can improve performance and quality of life.

Exerbotics was the first to bring you Iso-Velocity Technology for closed data collection in a controlled environment.

Exerbotics is a manufacturer of proprietary iso-kinetic, iso-metric and Iso-Velocity technology that measures and records force output in a safe, controlled environment while collecting accurate and consistent data.  Our strength and endurance assessment tools can be remotely administrated from any computer inside your network.  Data is monitored and recorded for each individual user for future analysis, diagnosis, prescription and training.

For the first time, concentric and eccentric data is collected and presented as a blueprint specific to each individual, providing a platform to evaluate strength curves, true eccentric output, proper training intensity and benchmarking for rehabilitation, return to sport, general fitness or research.

The Exerbotics research equipment measures force or effort supplied by the user, significantly increasing safety during maximum efforts.  By utilizing our Iso-Velocity Technology which can measure multi-joint, compound movements, tests are administered and recorded in a computer controlled environment, eliminating external elements  such as technique, inertia, speed and range of motion; all of which can skew results.

Information Gathered by our Fitness Equipment: 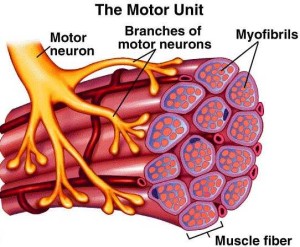 PURPOSE: To investigate the magnitude of isokinetic and dynamic one repetition-maximum (1RM) muscle strength and endurance increases during 6 weeks of multiple-joint isokinetic training.  METHODS: Twenty-four men (n = 7) and women (n = 17) with resistance training experience were randomly assigned to either an isokinetic training (n = 14; age = 20.9 ± 2.0 yrs; height = 168.7 ± 7.6 cm; body mass = 67.8 ± 17.4 kg) or a non-resistance exercise control group (n = 10; age = 21.1 ± 1.7 yrs; height = 165.4 ± 10.0 cm; body mass = 64.5 ± 12.9 kg). The control group maintained normal activities of daily living whereas the isokinetic group underwent 6 weeks of training (2 days per week) consisting of 5 sets each of the isokinetic chest press and seated row exercises. Subjects performed 6-10 repetitions per set at the pre-programmed velocity of 3 sec for the eccentric phase and 3 sec for the concentric phase with 2-3 min of rest in between sets. The intensity of each set was 75-85% of subjects’ peak strength. The isokinetic device displayed (on the monitor) each subject’s maximal strength curve. In addition, it displayed the relative intensities of 75 and 85%. Subjects were carefully instructed and familiarized to provide effort to match their respective strength curve for each repetition of each set. Peak concentric and eccentric force during the chest press and row, 1RM bench press and bent-over row, and maximum number of push-ups were assessed before and after the 6-week training period. An analysis of variance (ANOVA) with repeated measures andTukey’s post hoc tests were used to analyze the data.

performed 2 days per week for 6 weeks. Training consisted of a general warm-up (3 min of cycling) and a specific warm-up consisting of 2-3 sets of  the barbell bench press and bent-over row using 40-70% of each subjects’ one-repetition maximum (1RM) for 3-5 repetitions. In addition, subjects performed 1 set of 3 repetitions on the isokinetic device to determine their daily peak eccentric and concentric force at the conclusion of the warm-up.  Subsequently, each subject performed 5 sets of 6-10 repetitions each of the isokinetic bench press and seated row exercises using 3-second concentric and 3-second eccentric phases with 2-3 min of rest in between sets.  Intensity was set at 75-85% of subjects’ daily peak force.  The isokinetic device monitor provided visual feedback to the subject by displaying each subject’s maximal force curve as well as lines representing 75 and 85% of peak force, respectively. Subjects were instructed to provide enough force to match the representative intensity line.  Training began with performance of 10 repetitions at 75% of peak force and progressed to 6 repetitions at 85% of peak force in a periodized manner.  Muscle strength and endurance was assessed prior to and following the 6-week experimental period.

Falls are a major cause of morbidity and mortality in the elderly. Existing literature shows strong correlation between leg strength, balance and falls.

The purpose of this study is to measure the effect of a structured, eccentric and concentric leg strength training program on postural balance in active, elderly residents in a retirement community.

Twenty-five active adults -12 male and 13 female- aged 72 to 92 years were recruited from a retirement community population. Through randomization, 13 adults were entered into the experimental group and 12 into the control group. The experimental group performed resistance exercise on a computerized leg press, which records both concentric and eccentric strength curves.  Workouts consisted of twice weekly strength training on an Exerbotics™machine that maximizes eccentric strengthening.

The control group engaged in their customary self-directed exercise program but without lower body resistance training. Activity logs were maintained by all subjects during the study. Subjects completed a fall risk assessment consisting of an orthostatic hypotension test, timed Get Up and Go Test, and a six-minute walk for distance test.  These tests were conducted at baseline and week 8. Measurements of one repetition maximum strength in both the concentric and eccentric phases were recorded atbaseline and week 8.

While the eccentric strength improved for both control and experimental groups from baseline to 8 weeks from 250 to 293 lbs (23%) and 239 to 315 lbs (33%) respectively, the between group differences were statistically significant at the .05 level.

Similarly, while concentric strength for both control and experimental groups improved from baseline to 8 weeks from 192 to 220 lbs (18.7%) and 179 to 234 (32%), respectively, the between group differences were statistically significant at the .05 level.

Strength training of the lower extremities utilizing both the concentric and eccentric phases of exercise significantly improved strength and balance in our group of elderly patients.  The subjects found the computerized equipment of theExerbotics™ machine easy to understand and comfortable to use.  The bimonthly 5% increase in weight lifted was easily tolerated by the subjects.  The subjects reported minimal soreness during the first two weeks and noticeable strength improvements at week 8.

Maintenance of strength and balance throughout old age is an important goal.  Through this study, we found a surprising increase in strength could be attained through utilization of the eccentric, as wellas, the concentric phase, of strength training.

This study shows that utilizing both concentric and eccentric strength training not only maintains, but significantly increases lower body strength and balance in an elderly population.  The authors encourage this for all populations at risk for falls.

The results obtained in this pilot study suggest that a repeated study with a larger sample size is warranted.

Our customers demand excellence and innovation.

Success Stories
Back to top